This summer has been busy for the engineering team. We worked on fixes, improvements, and new features, and we are excited to share the brief for what we launched in the past months.

Hosting documentation on a subfolder via Proxy Hosting: https://docs.archbee.com/hosting-spaces-on-a-sub-folder 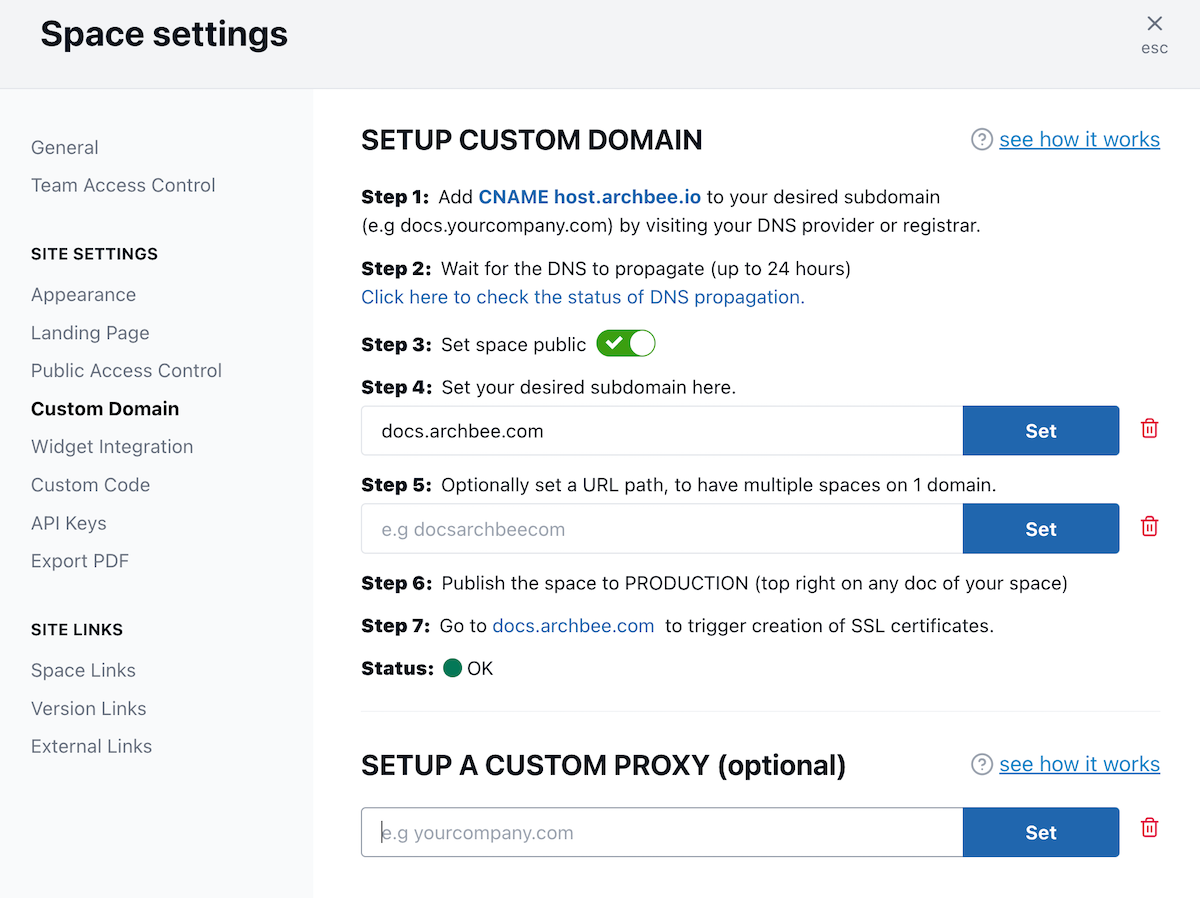 Now you can add a team logo under Account Settings -> Organizations.

Overall improvements of the editor, including:

We added a new emoji picker that triggers once you type colon+keyboard, so for example :hug

Tables got an update, and now you can resize the table headers.

With autumn just around the corner, we are laying the path to the last quarter of 2022. 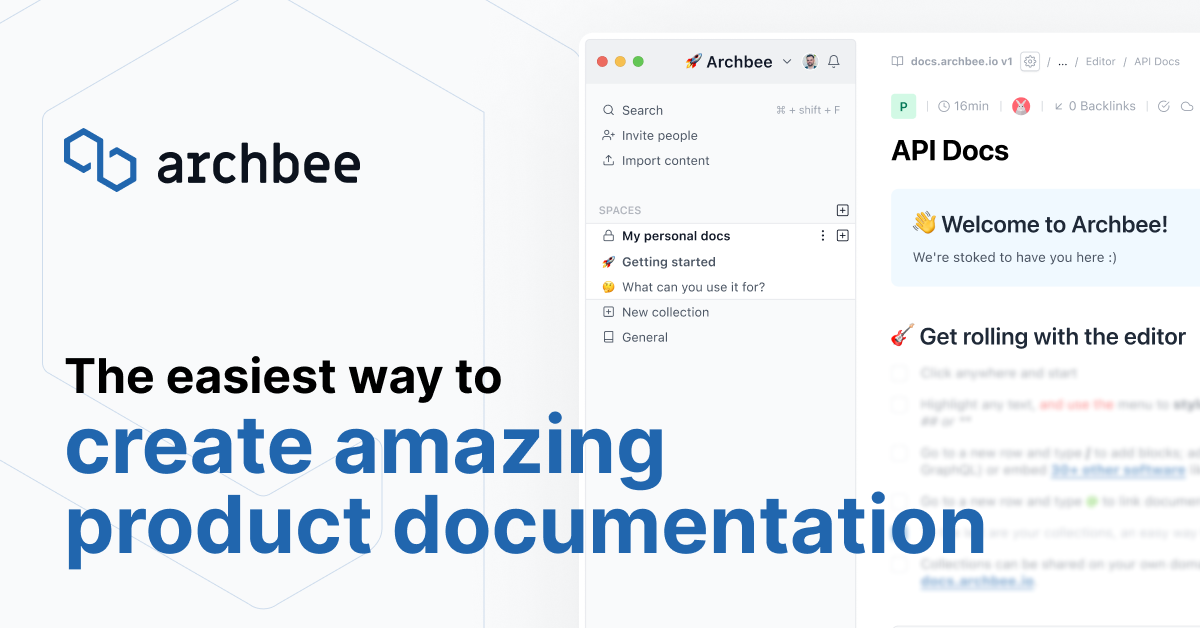 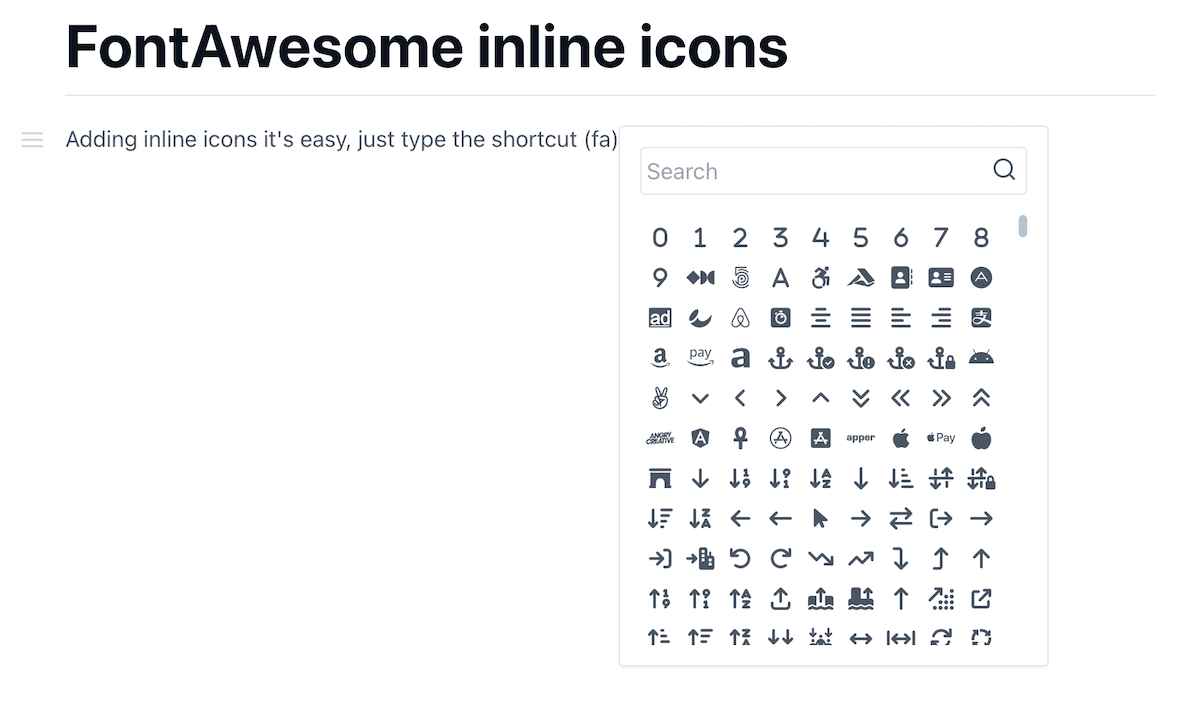 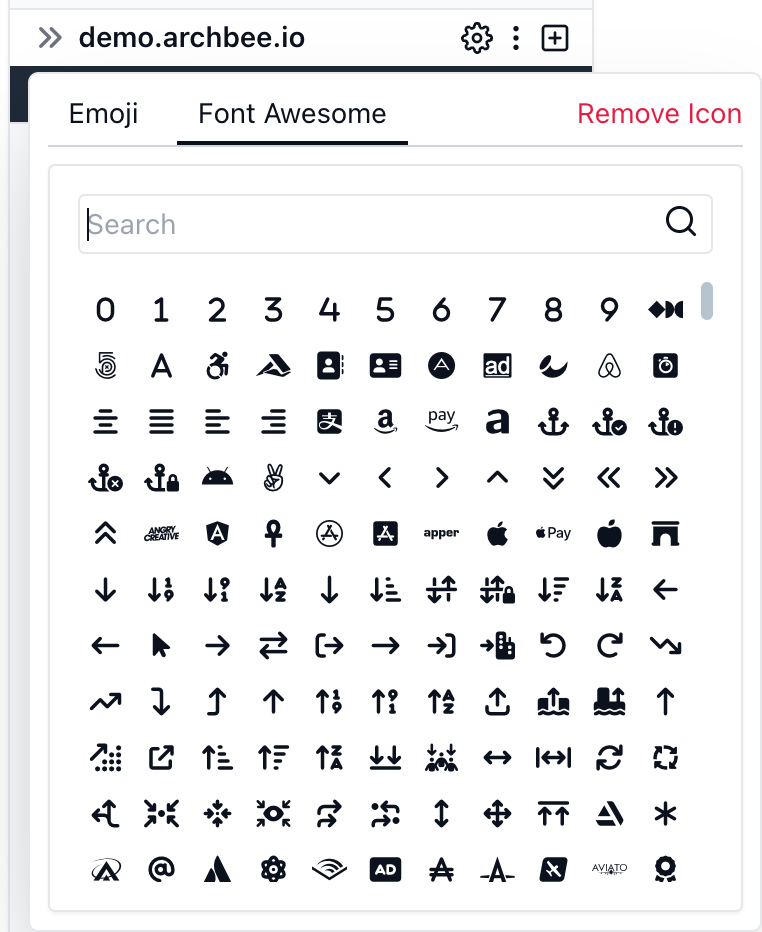 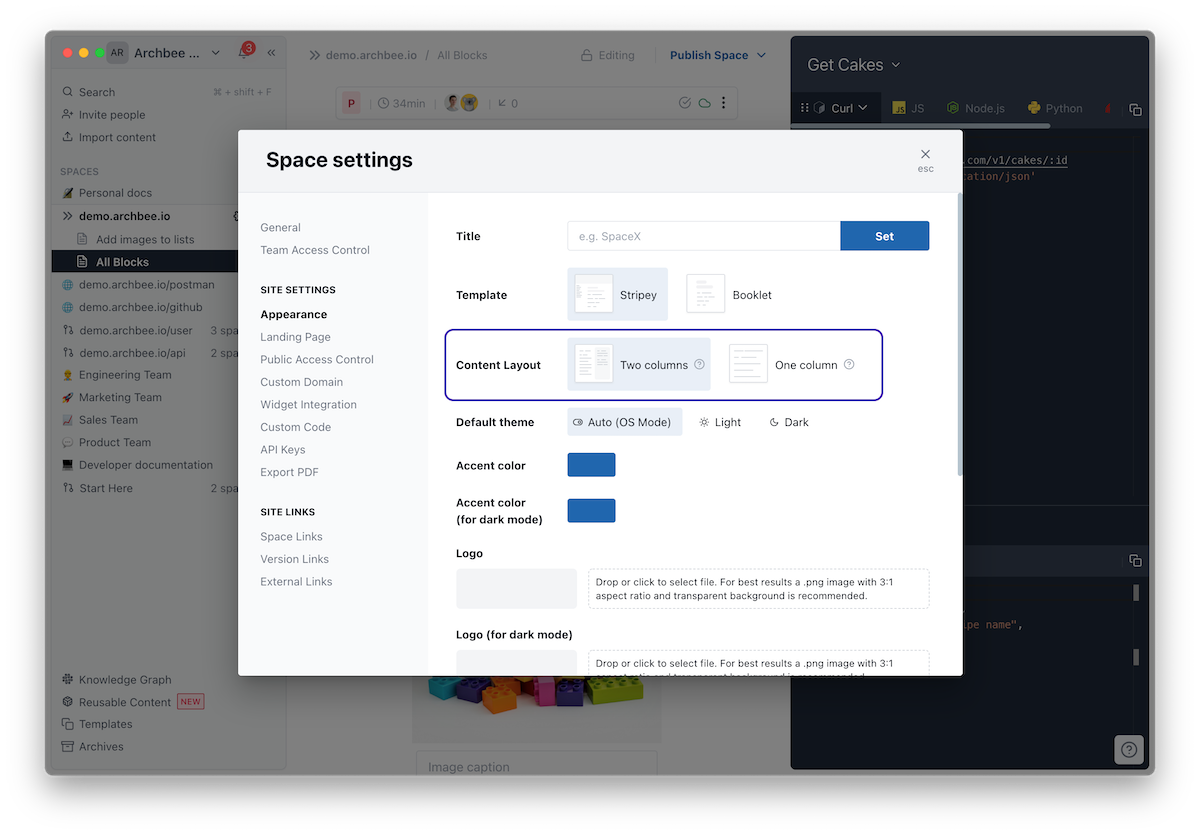 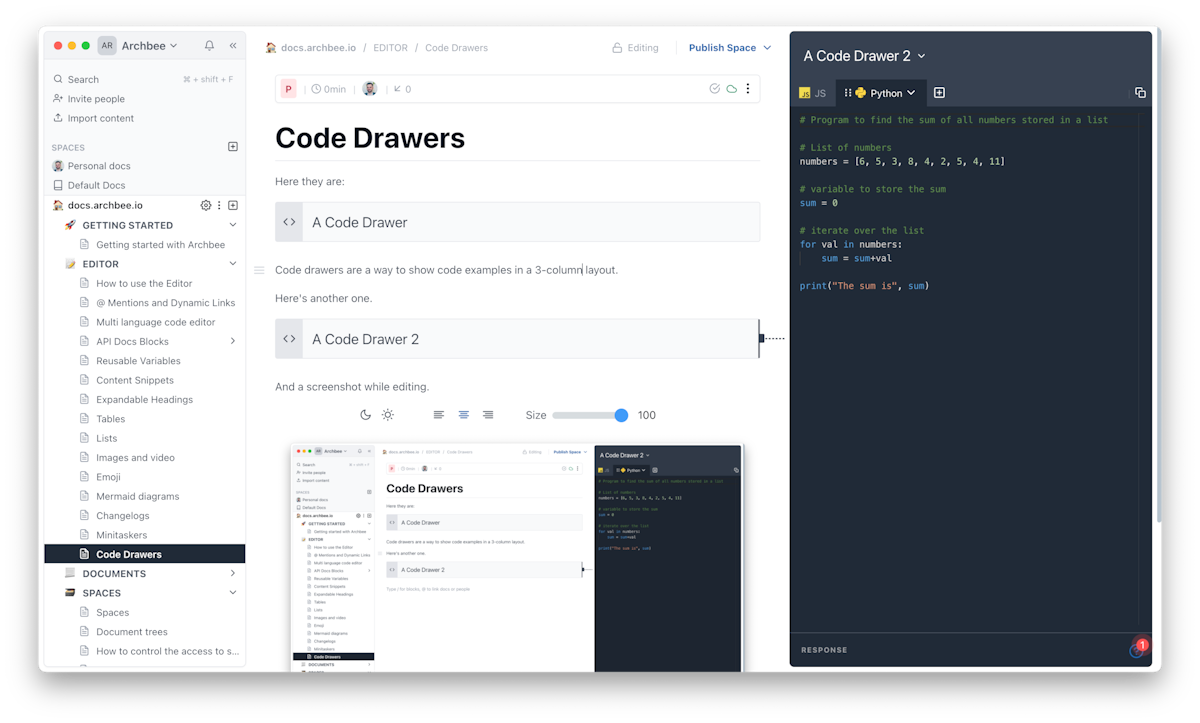 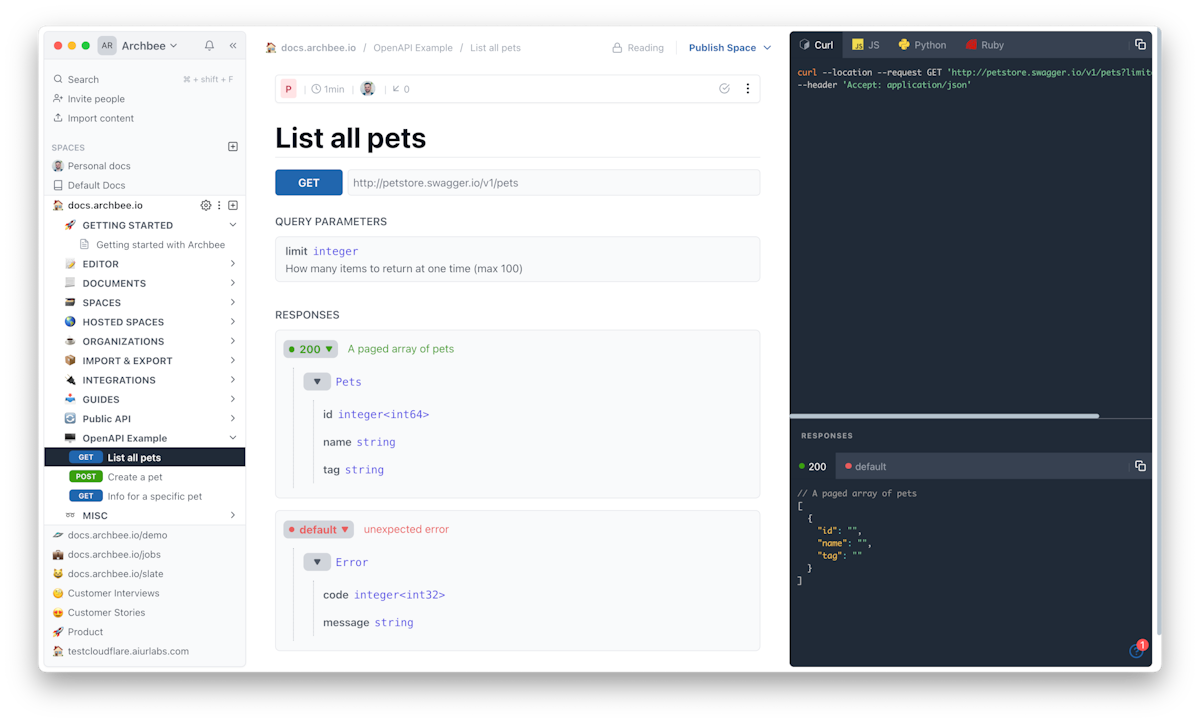 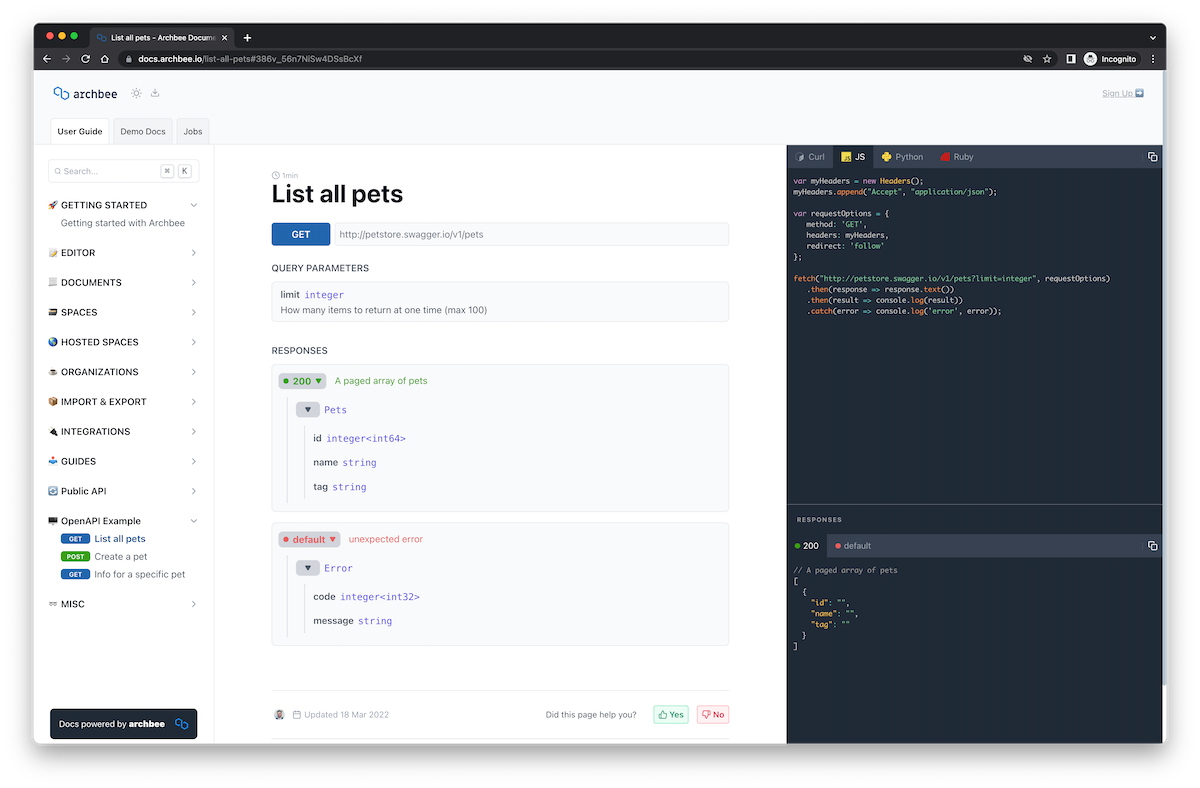 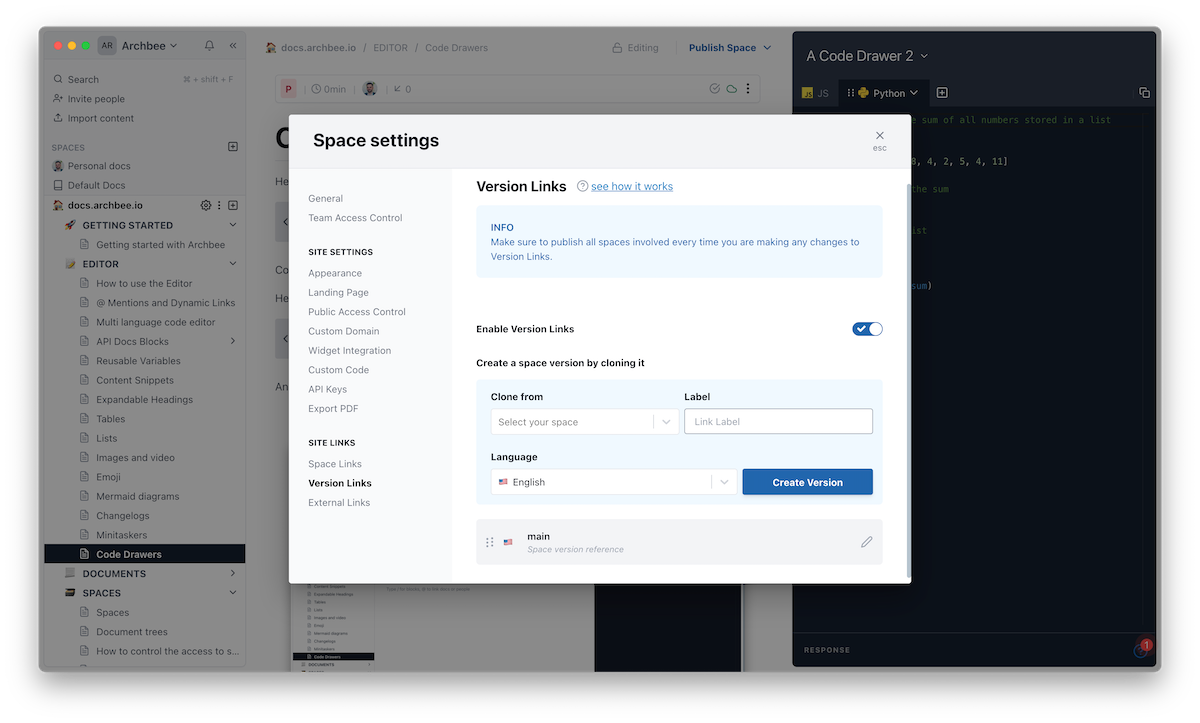 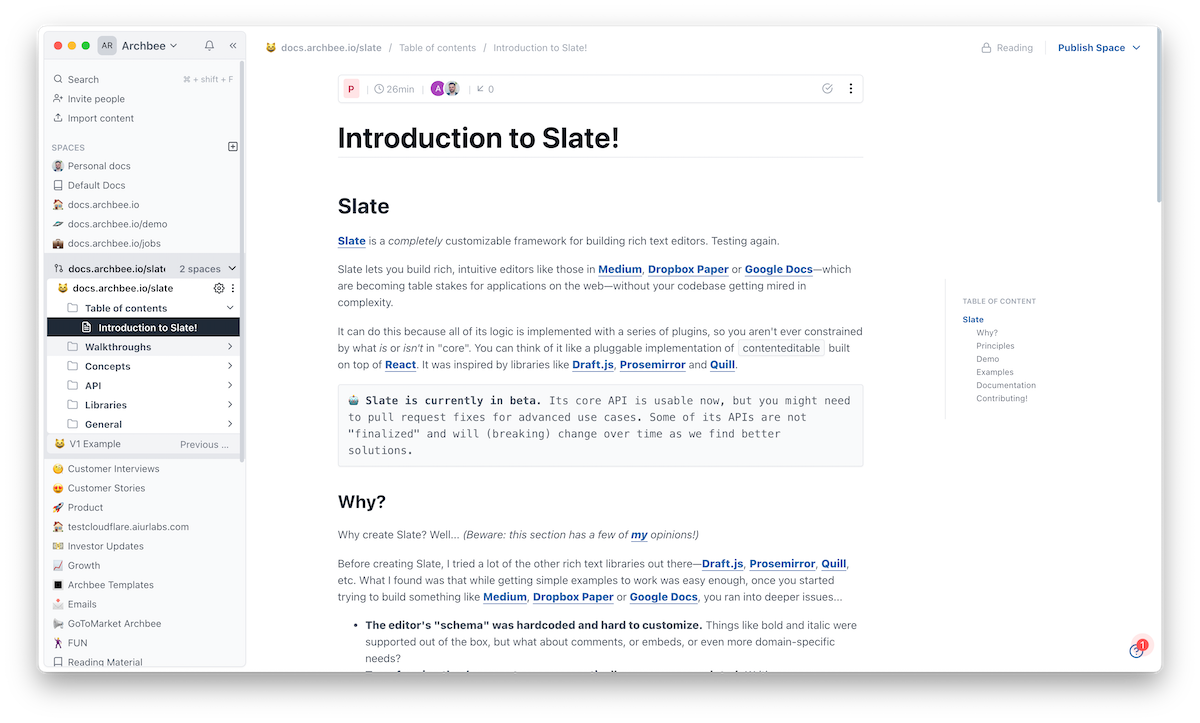 We have received your feedback!

Preview links are a great opportunity for your team to review and give feedback on the work being done. We recognized this when we built the feature, but every change you made went automatically to these links. Because unfinished work went there, it wasn't ideal for reviewing.

Hit publish, copy the link, send it to your teammates, get reviewed and suggested changes applied, then hit publish to production!

Introducing Content Snippets: Reusable blocks you can insert across the documentation

Feature velocity at Archbee is a thing, and we take pride in shipping new features fast 🏎

After we launched Reusable Variables, a week later, we are proud to announce another component of the Reusable Content feature.

Content snippets are blocks of content that you create once and can be placed on multiple document pages, allowing you to edit the content from a single place to update any portion of the documentation.

If you ever need to use the same content repeatedly in a few documents, you can create a Snippet to hold those elements.

A Content Snippet can be anything from a Code Block, an Image, a list of steps for the installation, you name it.

You can use Snippets with any of the 30+ custom blocks Archbee editor provides.

For example, if you need to mention the installation steps across multiple Spaces, you can create/edit a Content Snippet. While editing the Snippet, you can include sample code along with the numbered list.

After creating a Content Snippet, you can use it in the editor by typing the forward slash, clicking on the content snippets tab, and selecting the Snippet you want to use.

When you need to change the contents of the Content Snippets you can edit them through the Reusable Content window of the app.

As always, we would hugely appreciate your feedback, so if you want to try Content Snippets, go to your account and use the in-app chat to talk with us.

We've been super busy over the last few weeks, and we're excited to share the updates! 🎉

Now you have another great way to write documentation because Reusable Variables allows you to define repetitive words or phrases in a single place but use them across multiple documents.

It's a placeholder that stores a value. Here are some examples of things you might show in your docs that are subject to change, and you might want to use a variable:

Now, instead of going to each document to change the text, Reusable Variables saves you time because you can control them from one place.

When you change the variable's value, it will reflect across all documents.

How to use them?

First, you define the variable's name.

Next, you give the variable a value, which can be a single word or a phrase.

Now, you can insert these variables into your document by typing {{, and a list with the available variables will show.

Next, you can filter by the name to select a variable.

Learn more about using Variables or sign in to try them immediately!

Some changes we've made to allow a better user experience.

Our Staging environment has been renamed to Preview environment and is now publishable — just as the Production environment. Now everybody can preview their documentation sites BEFORE setting their domains — a huge time saver.

On top of that, the Preview environment is now authenticated by default for users already authenticated in Archbee. This makes it possible to create your documentation site privately and make it public only when it's ready, and you've configured it for Production.

For many people `Collection` does not reflect what we mean.

Our Workspaces feature allows you to use a single login to be in the context of multiple companies, negating the need to re-login with another account.

This is great. However, many users get confused by the concept, buy a subscription and assume it's for all Workspaces they create. Each workspace has its own subscription because what we really mean by workspaces is "organization".

We considered a switch to "Teams" but we realized it could also mean that there are separate teams in an organization. So we're making this semantic change to reflect that.

All code editors have been updated to allow multiple tabs using the same language, drag and drop to reorganize tabs, and performance improvements.

We've made a bunch of modifications to our Markdown converters and now they catch more of our custom blocks, that were previously hard to translate to markdown. For example, our Link Blocks and Tabs now translate to a custom Markdown directive, that we understand and other software can easily be made to understand.

The favorite collections (now spaces) feature has been removed, for various complicated reasons. You can still drag and drop spaces to organize them as you see fit, potentially putting spaces you care more about at the top of your list.

7. Lots of UI changes and improvements

We've reorganized many things around the UI to build a better user experience.

Our GitHub and JIRA integrations are here!!

With GitHub you can write docs-as-code in Markdown files. It syncs automatically to an archbee collection where it can be shared internally with non-technical team members. On top of that, you benefit of the same public sharing mechanism as every other collection..

It's a one-way sync (from GitHub to Archbee) by design. We believe git as a system works great because there is a human interaction requirement — when merge conflicts arise, somebody will need to manually merge the content in the files. When one side of the system is automated (as it would be in our case if the integration would be 2-ways), a 2-way system would not be able to protect your content from being injured in the process. 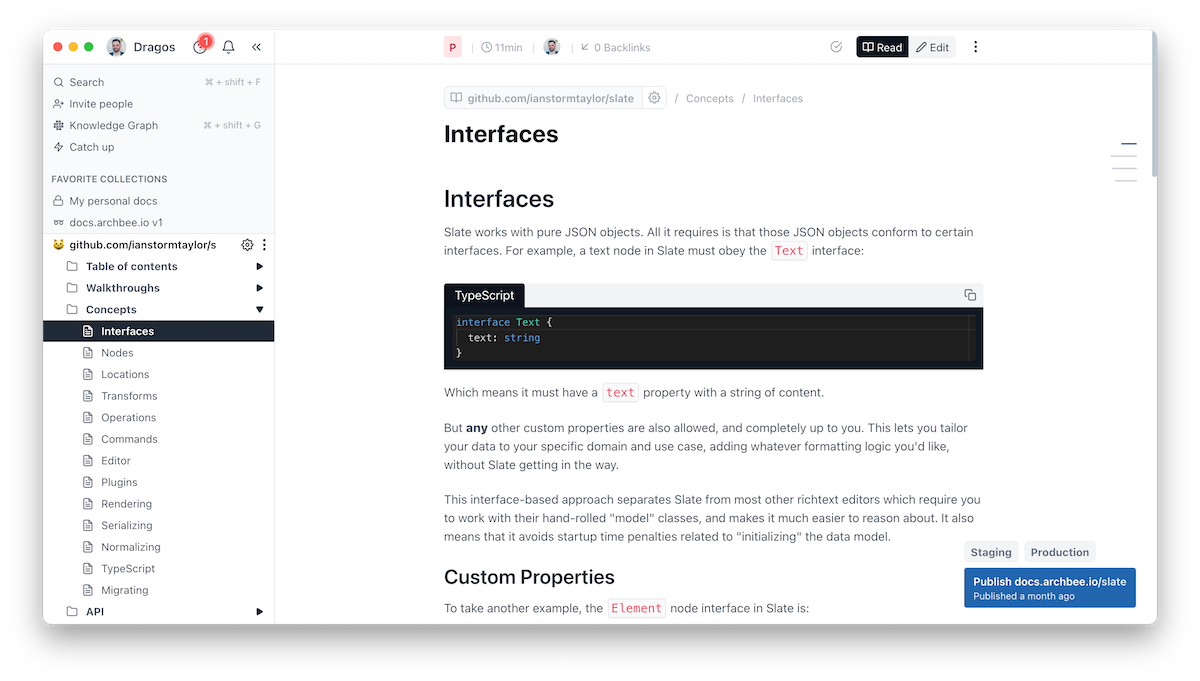 You can then easily publish the collection to your domain, and combine it at will with WYSIWYG collections to build your docs sites. 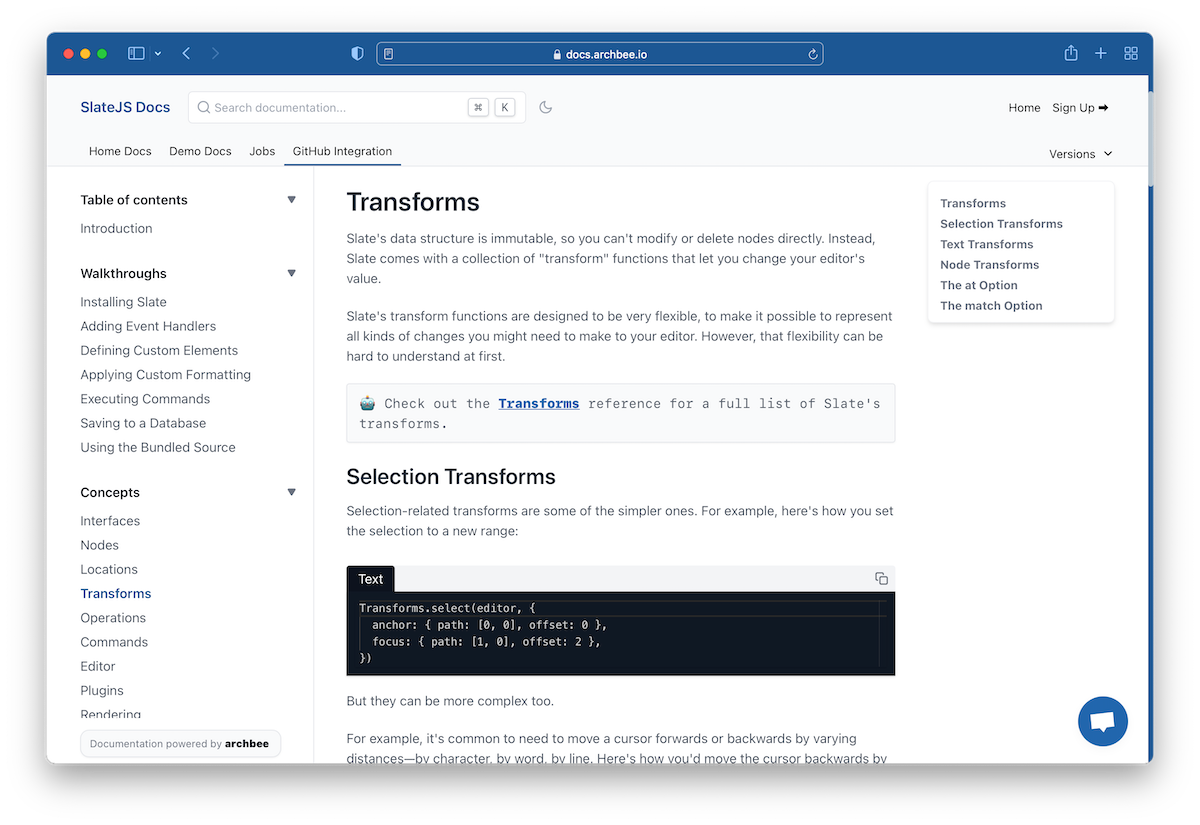 Note: Our GitHub/git integrations are just at the beginning. We plan to create another editor block that references chunks of code in the repositories to let you document SDKs and keep them in sync with the code. Similarly to our Doc Verifications feature, the new block will prompt you when the code goes out of sync with the documentation in archbee. This will be a great feature to have when internally onboarding developers as well, allowing you to create sequences to take them through your codebase if necessary. This is one of our major features to launch next Q.

Now you can paste JIRA issues after adding the integration, and they'll be automatically embedded in Archbee docs (and the content kept in sync).

Our JIRA integration works well now, and we're looking to expand its capabilities based on your input. 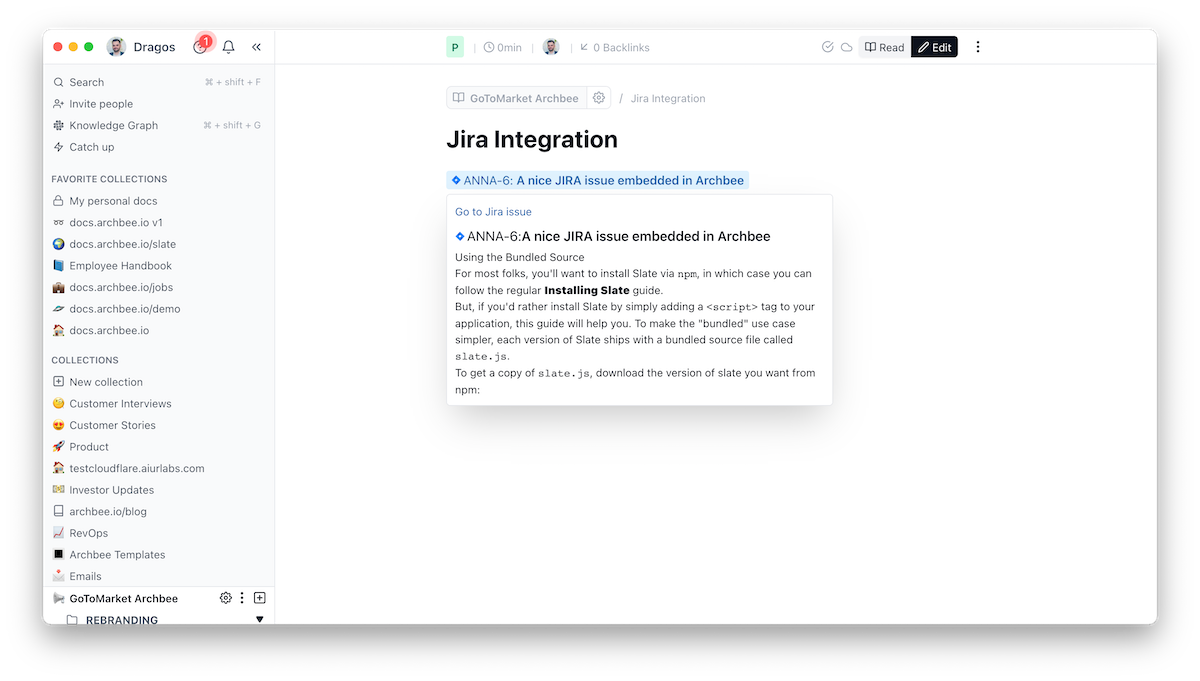 Happy documenting from the Archbee team!

Authenticate your customers with Magic Links

Public docs authentication for your customers is hard in Archbee if you don't use the JWT integration.

It's hard to manage accounts and passwords for the stakeholders.

With Magic Links you can now add their email address or their domain address, and they will be able to authenticate solely using their email. We just send them a link that authenticates them on click. 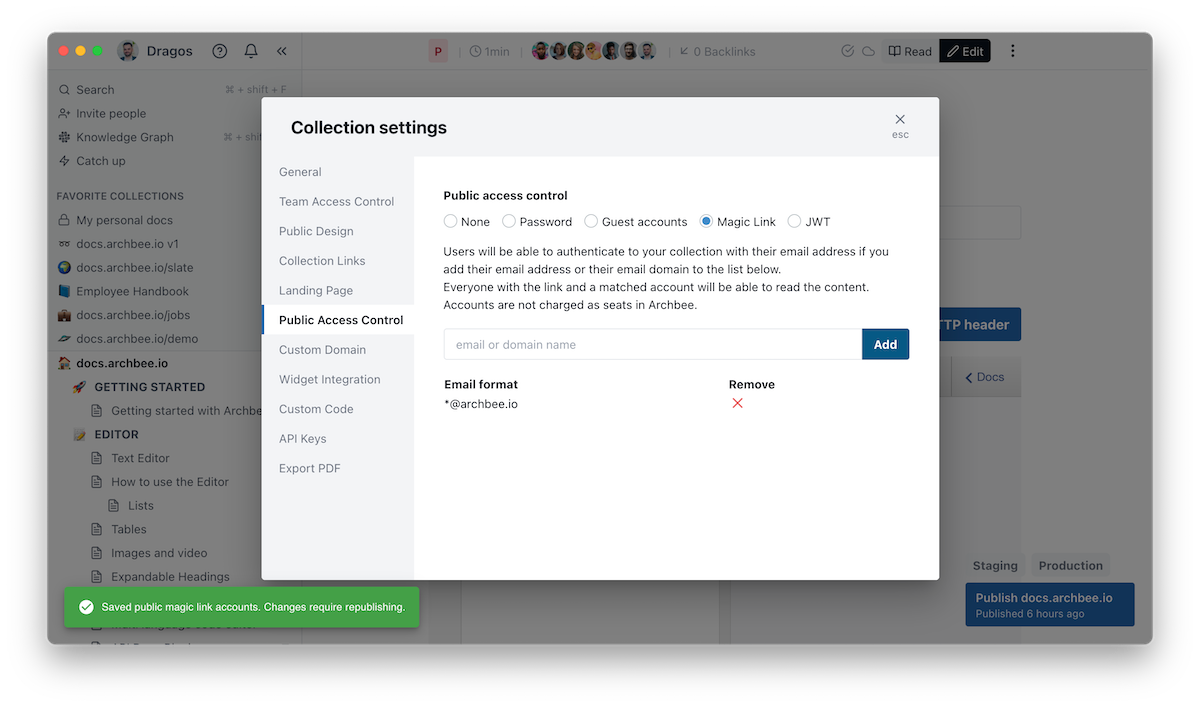 Expandable headings are a great way to add FAQ lists on your documentation website.

You can set them as expanded or collapsed and here's how to create an expandable heading:

Check out our docs for examples and details: